Latest News on Pedigree Dogs, Shows and Showing both here in the UK, Europe and around the Globe!

Members gain access to vast amounts of Photo Galleries and up to date Show Reports and Features!

Please login or register to view any of the articles and photographs!

FCI launches Save Our Breeds campaign 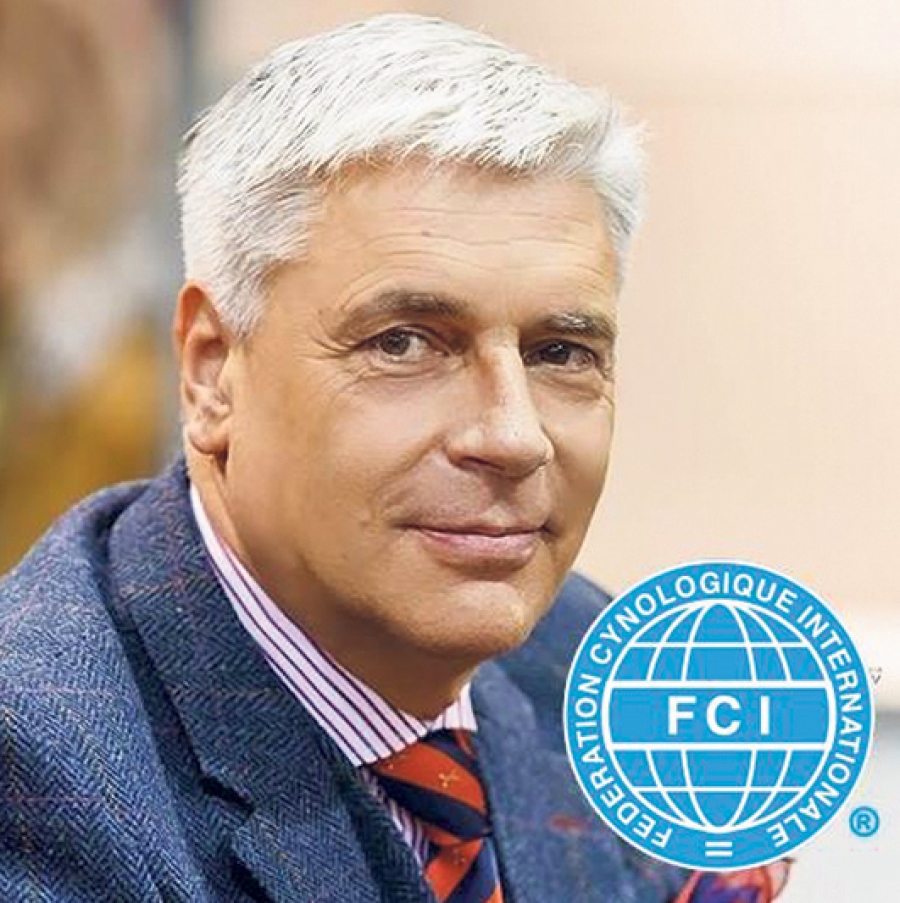 The Federation Cynologique Internationale (FCI) launched a new campaign this week to #saveourbreeds to improve dog breeding which was strong on hope but as yet short on detail.

Using an alliterative tagline featuring the Five P’s …. ‘purpose, passion, preservation, predictability, pride’ the idea is to for kennel clubs, animal welfare charities and governments to work together to create a ‘controlled breeding programme.’

The release by the FCI, which appears on its official site and that of the new FCI President Tamas Jakkel on social media states, ‘Based on the various national statistics, only 7-20 % of the whole dog population is produced by breeders who are registered by the respective canine organisation under a responsible breeding programme.

‘The breeds are a part of our NATIONAL & CULTURAL HERITAGE! The rest... “look-alike” unregistered dogs produced by commercial multiplicators, with neither any quality control nor other plan than producing NUMBERs... ‘In case a politician would like to solve the problem of uncontrolled overproduction then the canine organisations are the WRONG targets! ‘

It is difficult to regulate invisible individuals who do not belong to any organisation, but it could be the JOINT activity and interest of the canine organisations, Animal Welfare organisations and decision-making local authorities. ‘DOG WELFARE STARTS WITH A RESPONSIBLE, CONTROLLED BREEDING PROGRAMME! ‘Let’s join our power!

‘The FCI is ready and willing to lead this serious task for our future!’ More to come Tamás Jakkel, the new FCI President, posted on his Facebook page that this is, ‘The first stage of the new FCI campaign. Many more to come!’ Last month The Netherlands announced plans to actively enforce laws to prohibit the breeding of dogs whose muzzles are considered too short. The plans include banning dogs with a snout length shorter than a third of its skull. This could lead to a ban on Pugs, French Bulldogs and Bulldogs.

Recently the Scottish Government revealed it was considering an, ‘end breeding practices which could cause offspring suffering in later life.’ They went on to say, ‘Of those in favour of the proposal, the common theme was a concern that discouraging the breeding of animals with a predisposition to genetic conditions which may cause health problems could lead to a ban, in effect, on the breeding of certain breeds.’ It was thought that the concern centred on a possible ban on Pugs, Bulldogs and French Bulldogs.

The FCI plan was broadly welcomed on social media with many messages of congratulations, but others pointed out that individual countries face different challenges with one poster writing, ‘Tamas Jakkel, I applaud your incentive, but am saying that for it to be implemented in a vast number of countries needs careful planning.’ Jackie Beare added, “This is all very ambitious and laudable, but seems difficult to achieve since it requires concerted action from very different organisations/individuals pursuing widely diverging aims...

Perhaps the FCI should narrow its target in order to maximise results, for instance by controlling breeders which do come under its jurisdiction, and implementing better international health controls for breeding stock.

Widening the gene pool by opening the studbooks of certain problematical breeds, and applying state-of-the-art , modern technology available today to livestock breeders to dog-breeding practices to save rare breeds from extinction, and ploughing more money into research concerning health matters rather than organising high-profile events contributing nothing much to dogs’ health and welfare might achieve more concrete results...

Benedetta Reiser-Gilardini added on Facebook, “How about implementing or contracting an A1 office to respond in an educated and informed manner to the myriad of attacks pure bred dog enthusiasts receive! “How about responding to the “adopt don’t shop” coined by activists with very little knowledge or understanding of the pure bred world? “How about helping breeders convey the message that breeding in an ethical manner is NOT about money? “We feel left alone and with little voice in the matter of breeding responsibly!”

We contacted Mr Jakkel for more detail on this initiative but as we go to press we have not had a direct reply.

OUR DOGS will publish more on this initiative when we receive more details about the scheme However, on his busy FACEBOOK page Mr Jakkel replied to many questions, saying that he is currently working …“On its procedure!! I called some professionals to work on it!” Adding, “ This is food for thinking for those who mistakenly think that banning solves any REAL problem. It will make the problem BIGGER to favourize backyard multiplicators producing “look-alike” not registered dogs without anybody’ s control happily ever after!”

More in this category: « FCI Cynological Days
back to top

Hello & welcome to the brand new & exclusive version of OD International.
This fabulous, freshly updated site will be the best place to go for all your international dog show news views, reports & photos from the shows.
Plus we will have loads of extra information from the show scene that will be a must-have! Great for research and an archive of who won what and where.