*For a small fee to cover our administrative costs you can have access to the member’s area where you can read the latest news from shows around the world.  Learn More
News Updates
Monday, 10 October 2022

Twilight for dog shows in Austria? 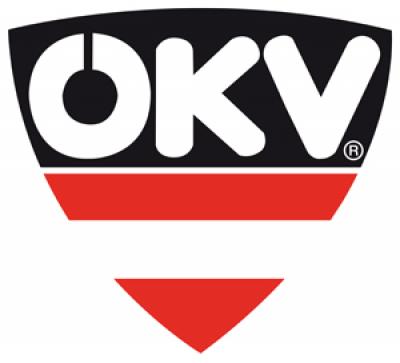 It might even be a case of ‘Goodnight Vienna’ as the overzealous actions of Official Veterinarian plunged Austria’s biggest Dog Show into chaos last weekend.

OUR DOGS report courtesy of Dr Andreas Schemel who was a judge at the show in Tulln.

The annual three-day All Breed International Championship Show in Tulln Lower Austria near Vienna which drew an entry of 6000 dogs fell victim to last minute actions and requirements by the local Veterinary Inspector representing the local County government.

This popular show held about 30 miles outside of Vienna has been a well-attended family event visited by the general public for decades and apart from the dog show it also hosts a Country Fair with a separate cat show, all kinds of poultry and rabbits, ponies and a small fairground.

As this is the official Austrian Kennel Club (ÖKV) show and a qualifying event for Crufts it is organized by the ÖKV but the licence for holding the show at the fair centre has to be granted by the Local Authorities. Maybe alarm bells should have started ringing when the licence was not issued by end of August when entries were already coming in, but as Austrian bureaucracy is not known to be speedy no concerns were raised.

Eventually the licence was granted but, only a few days before the show, the organizers received a letter from the local Veterinarian Inspector requesting that all entered dogs in more than 80 breeds ranging from Toy breeds to Working dogs and even some Gundog breeds needed breed specific Veterinary Certifications to prove that the dogs were not showing signs of “Quallzucht”. This almost untranslatable word has been invented by Animal Rights Activists is sometimes translated as ‘Torture’. It condemns breeding from stock which could result in suffering for the affected individual, and includes all species.  This is very vaguely laid down in notorious and highly debatable Animal Welfare legislation but it has never been executed before. This law was passed about ten years ago and has never caused a problem for dog shows before, as most breed clubs under the umbrella of the ÖKV already have strict breeding regulations in place.

Local regulations allow that any events involving animals fall under the jurisdiction of the local Veterinary Inspector, and newly appointed Dr. Klinger used his power to interpret the law in a particularly draconic way. The ÖKV represented by its chairman Dr. Michael Kreiner, a former Veterinary Inspector himself, tried to negotiate but Dr Klinger insisted on a hardline approach.  This resulted in frantic phone calls and emails from thousands of exhibitors, many from abroad who could not even understand what was going on as the requirements were only published in German. According to Elisabeth Manner, the Chief Executive of the ÖKV, this resulted in the cancellation of about a third of the entries which needed to be reimbursed, causing a huge financial loss for the show.

There were some chaotic scenes at the entrance which was only manned by untrained security staff. An exhibitor from Spain apparently wanted to show his Bulldog and was refused entry as he did not have the necessary documents. The owner insisted on being seen by the Official Veterinarian and he confirmed that the dog did not show signs of “torture-breeding” but as the dog’s parents could have been affected, he still refused to let the dog into the show!  Allegedly a German Shepherd exhibitor with his dogs was escorted off the showground by police. The dog had all the necessary health tests including being clear of HD, but the vet watching from the ringside decided the dog was showing undesired conformation and insisted on having the dog removed.

All Hairless Chinese Cresteds but (oddly enough not the genetically identical Powder Puffs) Xoloicuintle and Perro Sin Pello de Peru were not allowed into the show.

None of the entered Pugs turned up, fearing that even with Health Certification they would be refused entry to the show. Some brave French Bulldog exhibitors managed to gather together the necessary requirements and showed their dogs but were eagerly watched by the Official Veterinarian from the ringside who even forced some exhibitors to take their dogs out of their crates, taking measurements and allegedly making derogatory comments about the dogs!

ÖKV Chairman Dr Kreiner called the actions of the Veterinarian ‘harassment in a biased way, grossly exceeding his authority’. The ÖKV will take legal steps to overturn the legality of his actions.

To make matters worse, literally a couple of days before the show, news had arrived that some judges had received official fines from the local Authorities for judging certain breeds at the same event last year!  One judge from Croatia was fined Euro 400 for judging two Perro Sin Pello de Peru or to have 24 hours in jail! This caused aggravation at the Judges’ briefing on the morning of the first day of the show. However, the officials of the ÖKV confirmed that actions against individual judges are not lawful, and any legal action must be taken by the ÖKV.

However, the future of dog shows in Austria is in jeopardy if there is no guarantee from the local governments that a similar scenario will not happen again. Sadly, it appears that a high number of exhibitors, mainly from abroad, have lost confidence in showing in Austria. At this point it is unclear if the damage can be mitigated.

BACKGROUND TO EVENTS IN AUSTRIA

OUR DOGS have been contacted by a number of concerned breeders in Austria. Our thanks to Celise Stone for supplying some background information as follows:

As previously reported in Our Dogs in July 22, the new Animal Welfare Act in Austria was triggered on 1 September 2022. Austria already had strict animal welfare regulations that included legislation on torture-breeding which forbids any breeding “if it can be foreseen that the animals or their decedents will suffer from pain, injury, suffering or anxiety.” Symptoms listed in the regulation include among others shortness of breath due to short shape of skull (brachycephalic), spinal deformities, or hairlessness.

Approximately two weeks prior to the International Dog Show Tulln, OUR DOGS understand that a private person by the name Walter Hohl filed complaint charges to 15 exhibitors, seven FCI judges and organizers of the 2021 International Dog Show in Tulln based on data he was able to retrieve from the publicly available online catalogue.

After losing a lawsuit in Austrian courts filed against the Austrian Kennel Club (ÖKV) and FCI breeder of his French Bulldog, Walter Hohl seems to be leading a campaign against so called ‘torture breeding’ in Austria and his next stop was filing these charges, since the current law allows breeding under what he claims is an “unlimited transitional provision” but it forbids the exhibition of animals with torture breeding characteristics.

In his opinion it seems, breeders visit dog breeding club shows to pick up “awards” that result in the improvement in the sale of offspring and that this is the primary motivation of those who breed these torture breeding characteristics. He wants the Austrian Kennel Club (ÖKV) to ban these breeds from being shown at dog shows in Austria.

In the week of 19 September, exhibitors residing in Austria began to receive anonymous complaint charges with fines of EUR 200 for showing their dog at the International Dog Show in Tulln Austria in November 2021. If the exhibitor in question was also listed in the database as an official Austrian Kennel Club Breeder, local district administrative authorities were notified by the Tulln district administrative authority about the issuing of indictments and that the breeder in question should be controlled and audited for all necessary anti-torture breeding documentation as required by law.

In the same week the President of the Austrian Kennel Club and FCI judges who judged the breeds in question during the International Dog show Tulln 2021 both domestically and internationally also began to receive anonymous indictments with fines of EUR 400+ for violating the Animal Welfare Act for judging and promoting these torture breeds or 24 hours in jail!

Objections to the anonymous indictments have been made and Austrian breeder Andrea Pelz-Pemberton told OUR DOGS:

“I can only keep repeating myself. If the FCI and its state organizations don’t finally start taking their job as a breed dog organization seriously instead of running a huge travel agency, the issue of breed dog breeding will soon be over.

The radical animal welfare organizations that want to force us to bring stray dogs into the country enmasse instead of stopping the uncontrolled reproduction in the suburbs have organized it and go ahead purposefully and are well planned against the pedigree dog breeding.

OUR DOGS contacted the FCI who said they had no comment at this stage of the situation.

Read 122 times Last modified on Monday, 10 October 2022
Published in Euro Show News
More in this category: « VDH Statement re Show Bans András Korózs has passed away »
back to top