*For a small fee to cover our administrative costs you can have access to the member’s area where you can read the latest news from shows around the world.  Learn More
News Updates
Wednesday, 25 May 2022 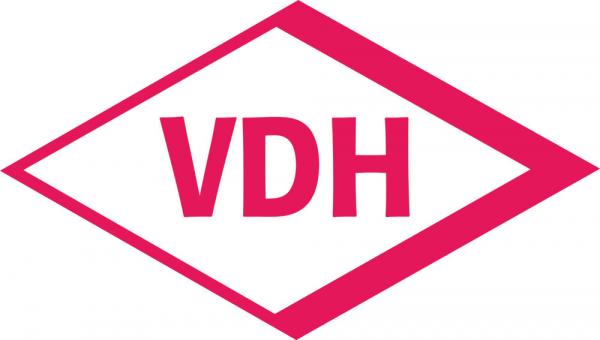 GERMAN KENNEL CLUB (The VDH) ISSUES NEW STATEMENT ON PUNITIVE WELFARE LAWS The new show ban hits the wrong people and misses the target says the VDH Towards the end of the legislative period of the previous federal government, the then Federal Minister of Agriculture Julia Klöckner introduced an amended version of the Animal Welfare Dog Ordinance (TierSchHuV).

This initially caused a stir and pro- tests among dog owners because of the so-called "walking duty". The intention was to regulate exactly what is part of the dog owner's daily routine. After all, dogs need exercise, and for many people this is an important reason why they get a dog by their side. It's a way to get moving yourself. The "Gassi-Paragraph" finally disappeared in the version passed by the Federal Council. The ban on showing so-called "torture breeds" is also new. This refers to dogs that show hereditary pain, suffering or behavioural disorders. The intention behind this was to remove the incentive for such breeds by no longer seeing them in public at shows or sports competitions, as Julia Klöckner emphasized at the time. Elaborate and burdensome examinations The first events this year show that the local veterinary authorities responsible for implementation are sometimes very zealous and confront even blameless dog owners and breeders with enormous requirements.

These provide for the blanket ordering of complex, cost-intensive examinations that are stressful for the animals. For example, owners of a Labrador Retriever who want to participate in a dog show have to pay up to 200 EUR to the vet for a corresponding certificate, even though the animal is in perfect health. These examinations are also required for mixed breeds participating in sports tournaments. It's like saying to every dog owner: "You have a sick dog! In some cases, the orders issued by the authorities are not limited to a simple clinical examination by the veterinarian, but provide for elaborate examinations for many breeds, some of which involve anaesthesia.

While targeted health examinations would be a suitable means to improve the health of our dogs, these generalizing and exaggerated interpretations of the new regulation can lead to the exact opposite: healthy dogs are subjected to unnecessary and burdensome examinations. Serious dog owners and breeders are punished "For decades, we have stood for the breeding of healthy and socially compatible dogs.

We therefore welcome every effective measure that serves animal welfare and helps to avoid genetically caused diseases in dog breeding. However, the rights of re- sponsible animal owners must not be violated in the process," says Prof. Dr. Peter Friedrich, President of the VDH. Show visitors who, after the long Corona break, were looking forward to meeting other dog enthusiasts again, feel that they have been put in the wrong by the conditions imposed by the authorities and react with incomprehension to what they perceive as unjustified disciplinary measures. They have to have extensive veterinary examinations carried out on their dogs before a visit to a show, which on top of that costs a lot of money.

And even those who are prepared to pay this price may knock on their vet's door in vain: many practices refuse to carry out these examinations, as unnecessarily ordered invasive examinations are contrary to animal welfare. A ban on shows to prevent "torture breeding" is a good wish. However, good wishes do not prevent animal suffering In addition to the question of the proportionality of the measures taken, there is also the question of their effectiveness: How ineffective a show ban will be could already be well observed in the last two years - i.e., already during the development of the regulation. For during the fight against the Corona pandemic, almost no shows took place.

Almost all large - and thus highly publicized - events could not be held. Although, contrary to the great demand, controlled breeding of the current trend breeds, such as the Pug or the French Bulldog, was on the decline during this time, more and more people decided to have just such a dog. While the pet registry Tasso assumes that more than 15,000 puppies will be born and registered in 2021 for these two breeds, barely 500 puppies of these breeds were bred by VDH breeders in the same period. This comparatively low number is directly related to the strict VDH breeding regulations, where the health of the animals is of particular importance.

The VDH and its breeders have long supported the targeted promotion of breeding healthy dogs. Within its area of responsibility, the VDH promotes corresponding re- search projects, such as heart and eye examinations, DNA analyses or the fitness test for pugs and co. However, the strict breeding regulations only apply in the member clubs of the association. Anyone outside can breed or reproduce dogs more or less uncontrolled.

Here we need a home animal breeding law, as the VDH has been demanding for a long time together with the major animal welfare organizations. In this way, the veterinary authorities can be put in a position to control where the suffering occurs. Objective: Combating the illegal puppy trade The implementation of the show ban with partly disproportionate controls hits the wrong people in large numbers.

For it is precisely the breeders within the VDH who are interested in improving the health of the dogs of their breed and who are subject to extensive breeding requirements. If these breeders cannot pursue their hobby or can only do so with great difficulty, the demand for puppies will be met from other sources, such as financially oriented dog breeders and the illegal puppy trade. A really sensible measure would be to regulate the online trade in puppies. The vast majority of dogs kept in Germany now come from abroad. Among them are many that are brought into the country illegally, bypassing the legal requirements.

And since the trade in trendy breeds is particularly lucrative, these also top the hit list in the puppy trade. The enforcement authorities need clear guidelines for the implementation of the exhibition ban according to § 10 para. 2 of the TierSchHuV. The veterinary offices currently have to develop concepts for implementation independently and without concrete specifications.

The result is an inconsistent and confusing approach, which in some cases leads to disproportionate and animal welfare-unfriendly orders in complete contrast to the aims of the Act itself. The Federal Ministry of Food and Agriculture must urgently intervene and at the very least provide the enforcement authorities with concrete guidelines for sensible and targeted implementation via a general administrative regulation or, as requested by the Federal Council, via a current expert opinion on the interpretation of the Animal Welfare Ordinance.

Notwithstanding the above, the VDH, the first point of contact as the regulatory body for canine affairs in Germany, asks the Ministry to consider the unintended consequences which the Act has brought about. It is now affecting dedicated and caring breeders; it has led to the complete cancellation of canine events previously enjoyed by the general public and local economies and ancillary businesses have all been impacted by this punitive legislation.

In their coalition agreement, the parties of the "traffic light" coalition have agreed on the regulation and control of the online pet trade as well as the obligation to label and register dogs. "We welcome these plans of the coalition partners of the federal government. They provide efficient conditions to combat the illegal trade in sick puppies. This will improve the health of all dogs in our country," says VDH President Peter Friedrich, who hopes that the planned changes will be implemented soon.

Read 341 times Last modified on Tuesday, 31 May 2022
Published in Euro Show News
More in this category: « Dog Breeders Under Attack Twilight for dog shows in Austria? »
back to top