*For a small fee to cover our administrative costs you can have access to the member’s area where you can read the latest news from shows around the world.  Learn More
News Updates
Tuesday, 13 April 2021

The first dog show from Best Russian Dog in the online format - international dog show BRD ONLINE-Spring. Our Dogs will be informational partner of the online show.

Information about the event and registration at the link https://brd-show.online/EN. The registration is open until April 16, and the dog show itself will be held online on the YouTube channel from May 26 to 28.

Limited number of participants. Only 500 dogs will be able to register for the show. 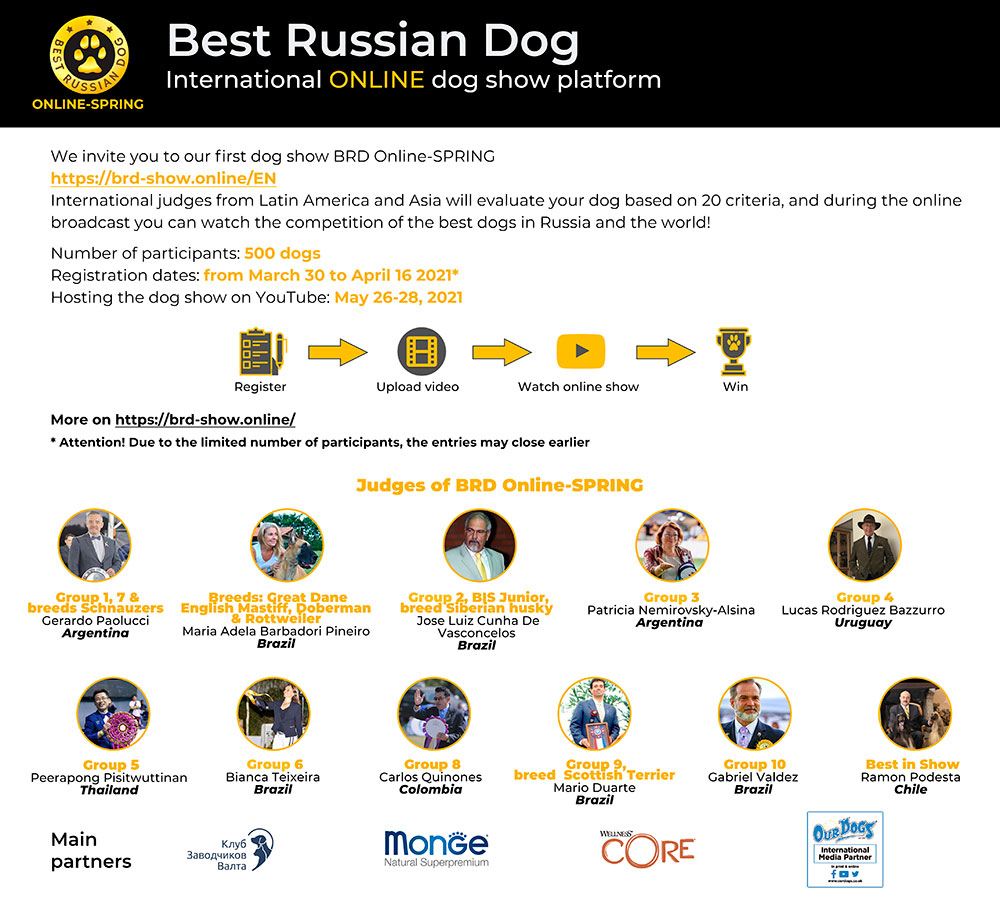 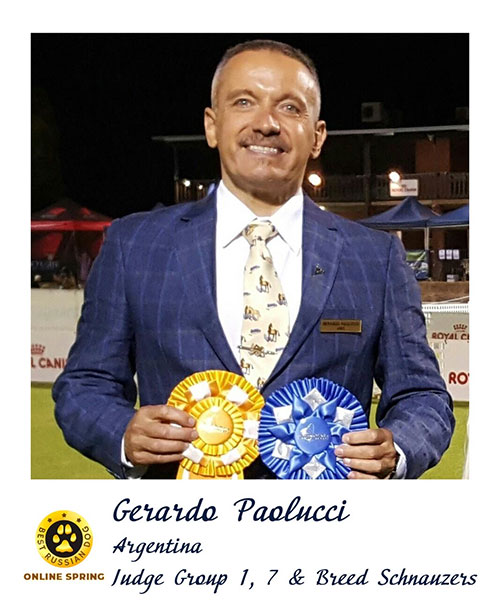 Gerardo is an All breeds judge for the FCA and FCI. He is approved to judge all breeds and Best in Show.He currently works for the Argentinian National Government as an Animal Welfare consultant and he is the President of the FCA Judges Board.Gerardo is a breeder, exhibitor, handler and groomer with more than 280 championships shows under his belt to date.

Specialising in the sporting breeds such as Afghan Hounds, Schnauzers, Bearded Collies, OES, Neapolitan Mastiffs, Labrador Retrievers and many other breeds as well. Gerardo has judged in all continents, since gaining his license in 2004. He has judged at The World Dog Show in Argentina and also judged BIS at the Royal Hobart in Tasmania and Perth, Australia.

He has represented Argentina around the world as a breeder and handler, achieving Argentina’s first Best In Group in the USA. He is a recognised breeder of World Champions in all of his breeds, including the English Setter, Old English Sheepdog and Miniature Schnauzer under his Kennels, BIS, BISVAR and BRAVA’S. His dogs have obtained first place in all breeds four times, ranking in Argentina and foreign countries, winning BIS in USA. Gerardo also proudly breeds Miniature Schnauzers and Cairn Terriers and his dogs are number one in his country. Gerardo is also making great inroads with his French Bulldogs with consistent wins.

When he is not travelling the world judging Gerardo gives seminars at the FCA. Gerardo also finds time to be one of the three members who examines future judges for the FCA. “I consider myself as a true dog person and have dedicated my life to the dog world“.