Updated Shows
*For a small fee to cover our administrative costs you can have access to the member’s area where you can read the latest news from shows around the world.  Learn More
Friday, 04 October 2019 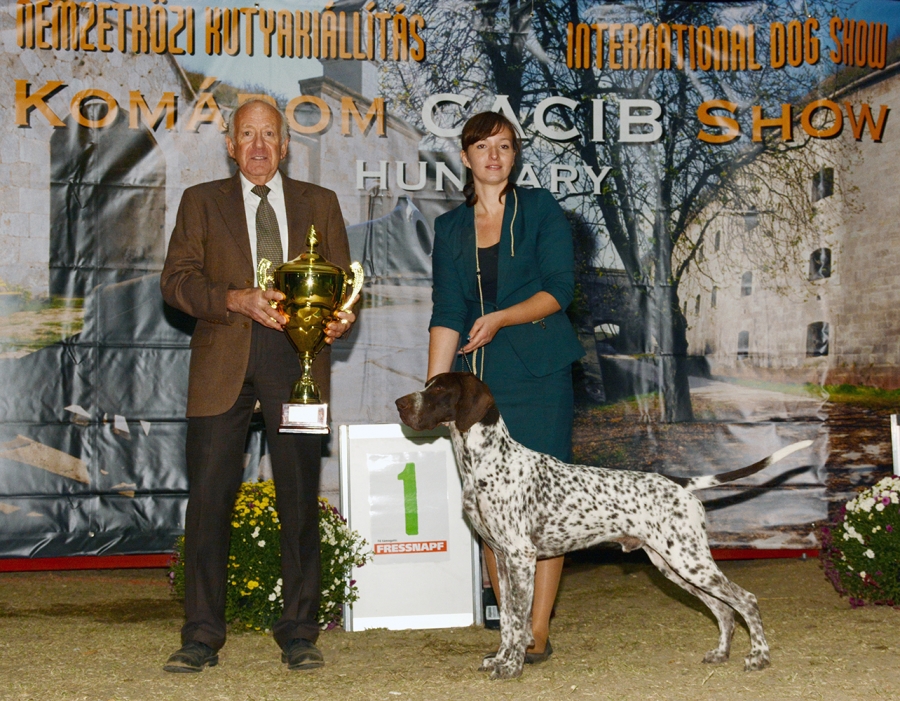 This year the Komarom October show weekend (were here also 3 days show in June, too) talked about the Hungarian Pastoral breeds.

This weekend were signed the foundation of the World Association Hungarian Pastoral Breeds, try to collect the Hungarian breeds enthusiast worldwide.

View the embedded image gallery online at:
https://ourdogsinternational.com/show-reports/east-europe/hungary/komarom-hungary#sigProId7ee09abc97
There was a conference, special dog show and agility competition for these breeds: Kuvasz, Komondor, Puli, Pumi, Mudi.

Komarom is in Western-Hungary, about 100 kilometres from Budapest, and from Bratislava, and about 140 km from Vienna.

The big Hungarian show event’s traditional area is the yard of the Komarom Fortress, there was the 3 days, 3 shows weekend, 4-5-6 of Oct, closing with the Hungarian DERBY Show. Friday and Saturday were normal  Intl Shows, the Sunday was the DERBY show, what give a special prize for the dogs, for the DERBY Winner title compete all, in the previous year born dog (each sexes), so a dog can win this title only once in his lifetime. Over the DERBY title, on this weekend, if a dog won CAC every day, with this 3 CAC could get the Hungarian CH title.

Friday were 1627, Saturday 1952, Sunday 1835 entries, the second day was one of the biggest entry shows in Hungary, this year. There were a lot of foreign exhibitors, near all countries from Europe, but especially now, from Eastern-Europe.

Saturday the best Hungarian breed specialist judges were judging of the special show for the Hungarian Pastoral dog breeds, and Sunday an agility competition for them. On the special show were 170 entries from 5 breeds, on the agility competition about 30 dogs, mostly Mudis, Pumis, but were there 1 Kuvasz, too. It was the first World Meeting, so was not too much from foreign countries, hope in the future will more international.