Updated Shows
*For a small fee to cover our administrative costs you can have access to the member’s area where you can read the latest news from shows around the world.  Learn More
Tuesday, 13 December 2022 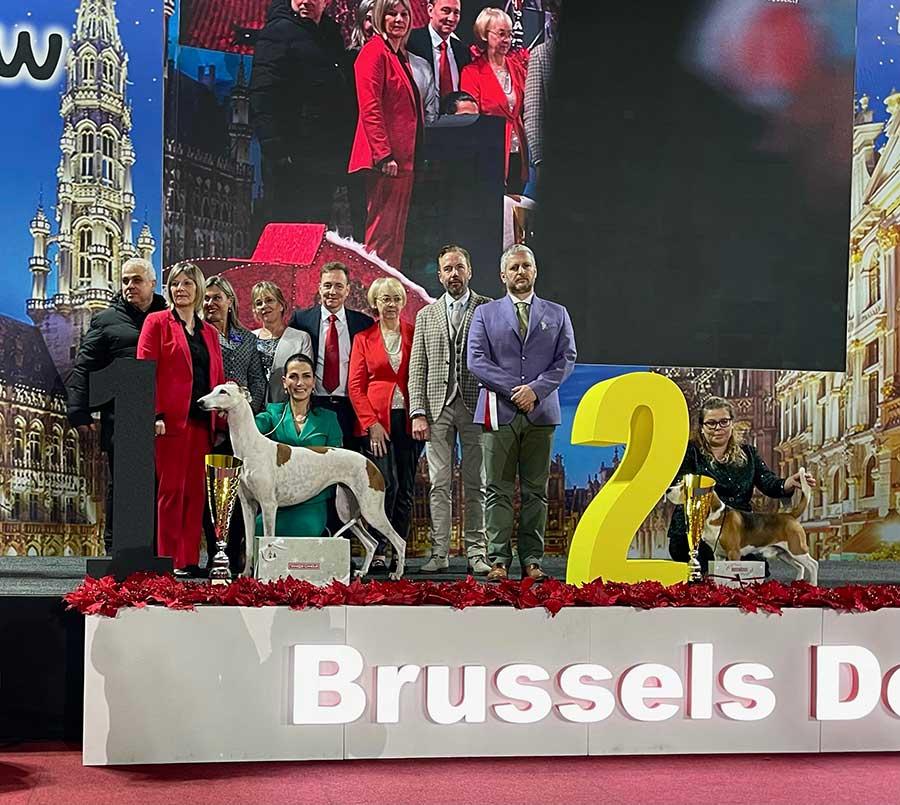 “Gaia” as called everyday is bred, owned and handled by Ina Koulermou, Cypriot born living in Germany who had quite a year with her homebred and owned Ina’s Fashion Greyhounds.

This was the seventh all breed Best in Show this year with 4 different females and two Reserve all breed Best in Shows all of them bred, owned and handled by Ina herself at several top events in Europe with the biggest entries including the FCI European Dog show 2022 in Paris with almost 10000 entries,  VDH Bundessieger and Europassieger in Germany as well as GERMAN DOG OF THE YEAR.

Ina is very much identified with “Aya” the Greyhound from Germany, BIS SBIS UK Int Multi Ch. Ina’s Fashion Desirable who won the Hound Group at Crufts 2022 and according to Our dogs point system, she is the Top Greyhound Breeder UK for the 4th year in a row!

Read 111 times Last modified on Wednesday, 14 December 2022
Published in Belgium
More in this category: « Ambiorix Trofee 2020
back to top