Updated Shows
*For a small fee to cover our administrative costs you can have access to the member’s area where you can read the latest news from shows around the world.  Learn More
Saturday, 05 October 2019 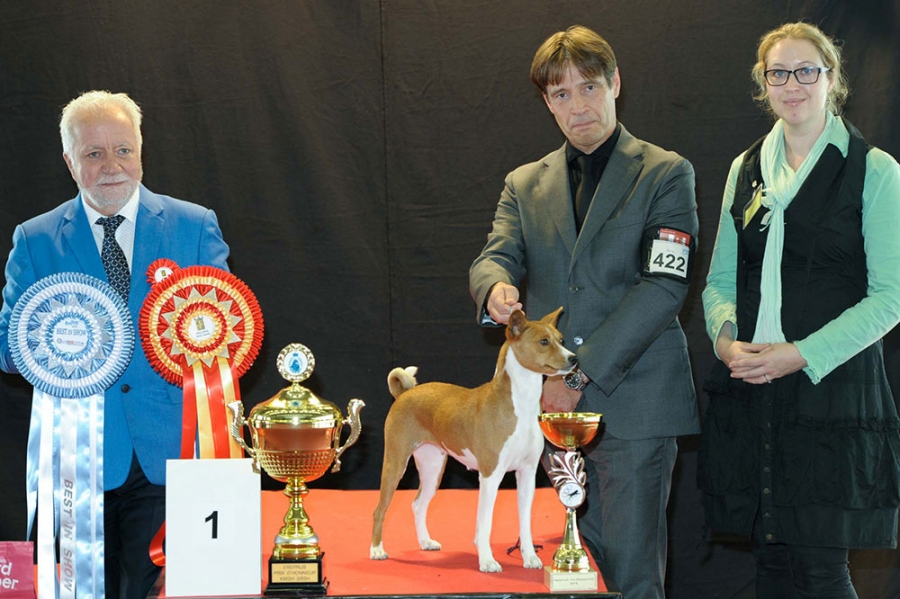 The La Louviere 2019 Best in Show winner was the Basenji, Faraoland On A Bed Of Roses, owned by Alain Alaerts from Belgium. Best in Show judge was Jean Jacque Dupas (France). Karl Donvil - 123Dog.net

La Louvière 2019 Undeserved it was, 200 dogs lesser than last year, 1302 dogs, while the organizers made more room to move around in order to make this show more enjoyable for the exhibitors.

Indeed the main ring was used during the day, not like last year when it left a large open and unused square while the rest of the halls were stuffed with dogs and people. This was a huge progress but unfortunately, the winner's podium was placed against the large window-wall instead of on the opposite side where the light would fall on the winners instead of creating now a strong backlight and moreover as the background of the podium was black and unlit on Saturday.

View the embedded image gallery online at:
https://ourdogsinternational.com/show-reports/west-europe/belgium/la-louviere-2019#sigProId3c5ab2c08c
It created a huge contrast, difficult to look at. It was too late when one realized this mistake and promises were made that next year it will be fixed and give it a complete makeover. A good reason to look forward for next edition.

We must give the organizers some extra credit as they committee is still very young with very few heritage from the past and while they had to move to a completely new area and hall. Rome and Paris were not built in one day either. But the future looks bright and promising. I suppose that the big and famous show of Dortmund, only one week ahead of this show, was probably one of the main reasons for the drawback in entries I'm convinced that the oversupply of double shows is certainly guilty too.

But all by all there were entries from 16 different countries , there was even an entry from "Reunion". France, the closest neighbor, had 183 entries, The Netherlands 77 and Germany 55 and the United Kingdom found it's way too, at least 22 British dogs with their handlers. The composition of the jury held no big surprises and was a little "classic" with very few unfamiliar names for Belgium and for France too, but that would not say that some were not very successful. 20 Judges were invited, 9 of them from Belgium and 5 from France.

On Saturday there were two Belgian judges that did not have to judge on Sunday and on Sunday there were 7. And that means that they were judging only a few breeds as new judges or were specialists in some breeds.

If we don't take that into account the dogs/judging day rate was very low with only 42, but in fact we have to upgrade that number for the above reasons, and besides, in general, these judges are often not living that far away, which is a bonus with regards to transport and hotel, what makes them economic and don't affect the financial balance of the organization in a negative way. But maybe it would be a good idea for next year to look a little further around to stimulate the curiosity of the exhibitors and attract some more exhibitors.

After all it are the exhibitors and traders who guarantee to rent of the halls and everything involved with having a dog show. On Saturday we had 3 judges with high scores. Mr.Arvid Göransson from Sweden had 77 dogs in his ring and 23 on Sunday. Mr. Vincent O'Brien from Ireland had a nice score too with 77 entries. He did the Retrievers.

On Sunday he kept himself busy with the Dachshunds and brought his total for the weekend to 110. Mr. Jean-Jacques Dupas, who lives so to speak around the corner (north of France) proved again a popular All Rounder and had the very same result for the weekend. He had 84 entries on Saturday including a relatively high number of 18 Tervuerens and 23 Rhodesian Ridgebacks on Sunday. Mrs. Anne-Marie Class was one of the judges who is a specialist of Molossers and was invited on Sunday only. She had a nice entry of 73 dogs and that included 17 Mastiffs and 37 Bernese Mountain Dogs. The best scoring judge of the weekend was Mr.Laurent Pichard from Switzerland.

He judged the 38 Cocker Spaniels on Saturday and had 102 dogs in his ring on Sunday when he judged some Companion breeds and Sighthounds. He had a nice score of 25 Afgan Hounds compared to the total number of entries. It was Mr.Dupas who had the honor to judge the Best In Show. I was glad that in every category there were only 3 dogs placed and that counted for the Best In Show too. No places number 10,9,8 etc. Just 1, 2 and 3 and all the rest ex aequo on the 4th place. BRAVO!!! His 3rd place went to the Mastino Napoletano "Quint Casa Si Fiducia", a female entered in Open Class for Mr.Dirk Spruyt.

She got here ticket for the finals from Mr. De Cuyper. She is two years old and owned by Giovanni-Hans Aesseloos-Vander Motten from Belgium. Second place went to the Black Poodle Medium Size "Nero E Bianco Q-Iulia Caesaris". This was also a bitch that was entered in Open Class, judged by Mr. Vanaken who was also the Group 9 judge.

This dog is also two years old and lives with Peter Vanzeer from Belgium. The ultimate winner of the show was teh Basenji "Faraoloand On A Bed Of Roses" owned by Paula Steele and Alain Alaerts who handled him. Again a "she"! Faraoland was entered in Champion Class and is 6 now. The judge was Mr.Laurent Heinesche for the Breed as well as for the Group judging. The show finished around 5, very early and that was because the main ring judging happened in a very high tempo, a little too hastily in my opinion.

A little bit slower would have been better while still finishing around half-past five. And, and this counts for many shows, there should be uniformity in the way judges make their selections and have the dogs run. Some just make them do a lap of honor while others let them run individually.

Visitors don't know the alphabet of Dog Shows and it is very confusing for them. I also surprised some exhibitors who suddenly find out that they need to hurry to be ready as the two previous groups only needed a couple of minutes. Make it all a little more predictable for everyone, visitors, judges and exhibitors.

That is when a good ring steward comes in handy. As said this show deserves much better and I'm looking forward to a better place for the podium and little more challenging judging panel and a lot more dogs. This show has a bright future ahead, at least if you want to come and experience it yourself. 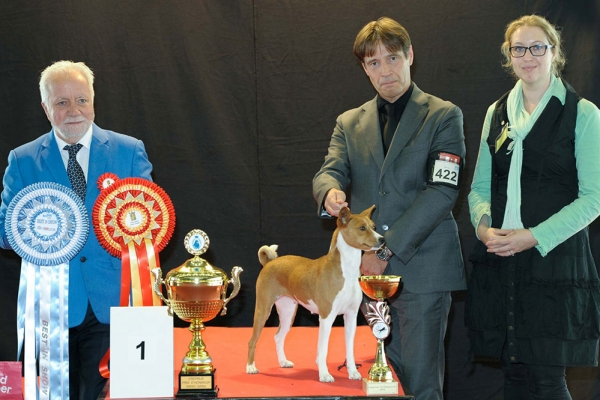 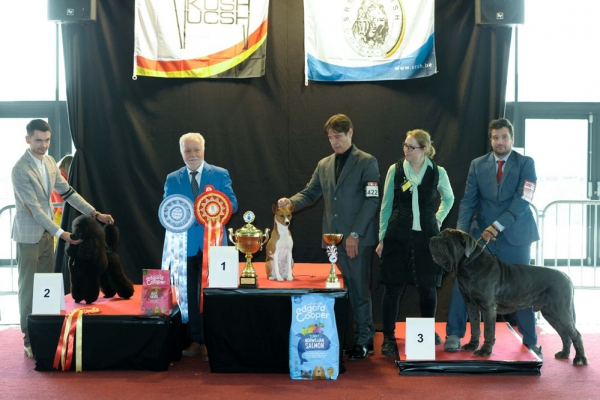 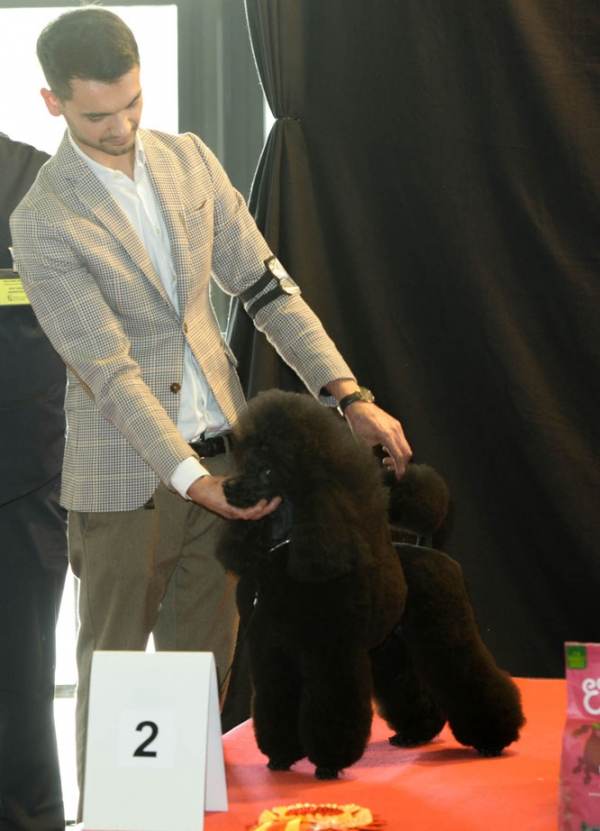 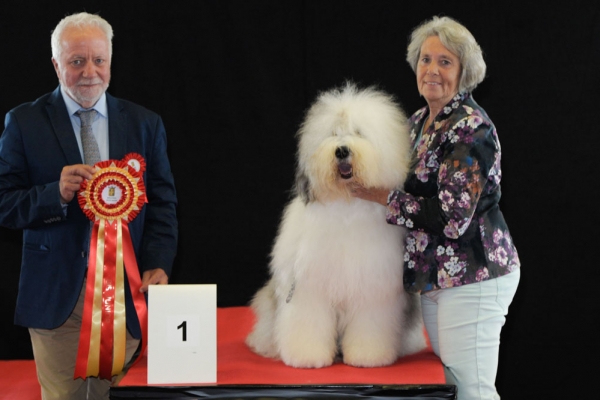 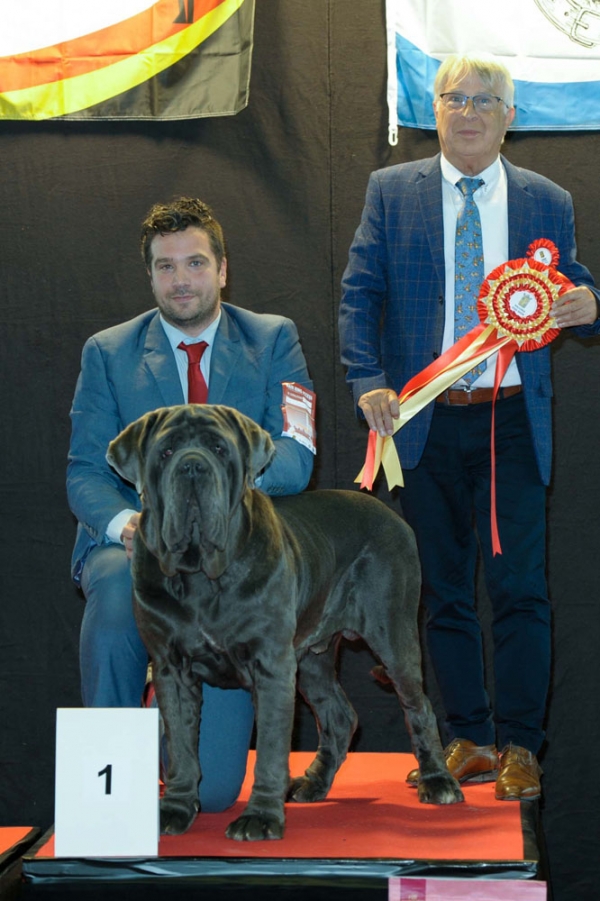 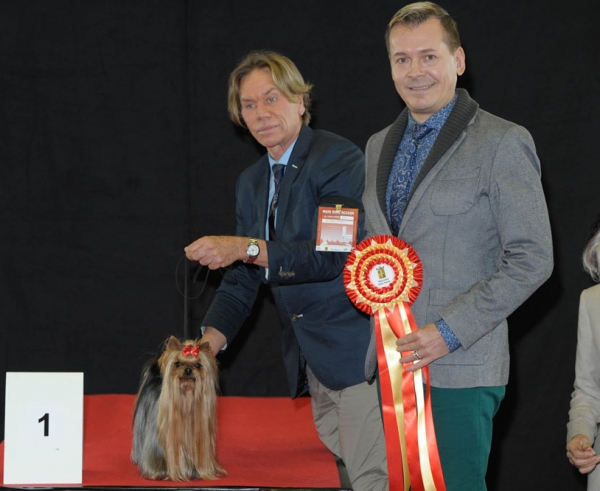 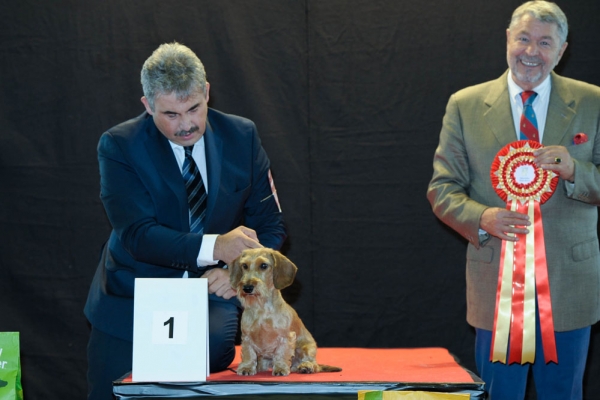 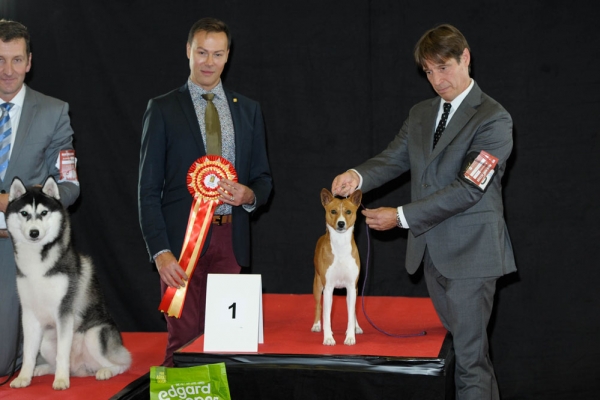 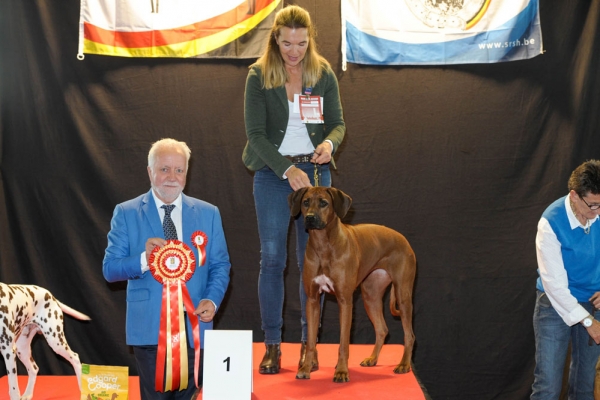 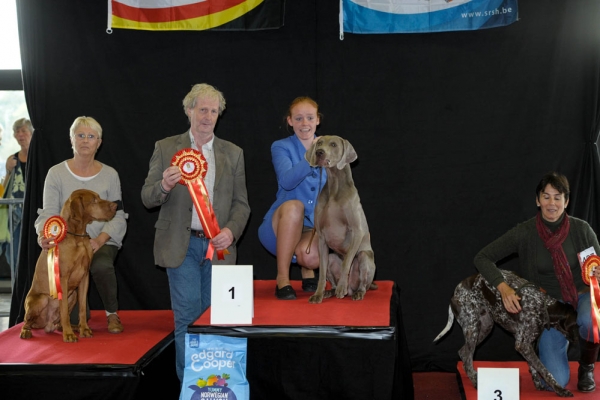 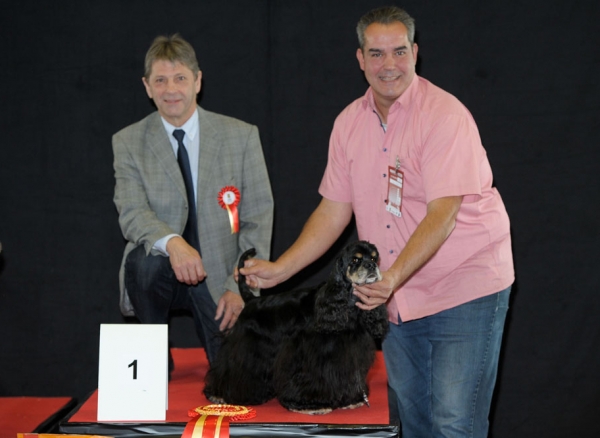 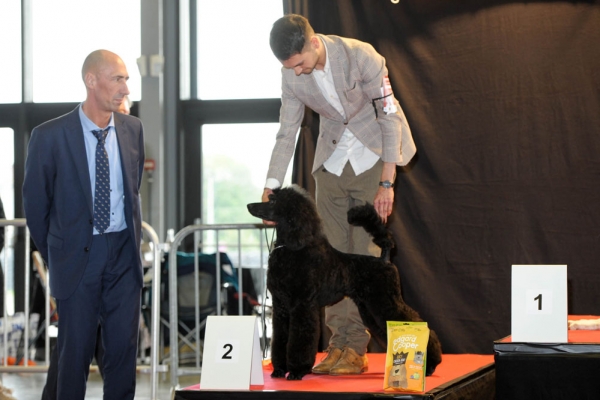 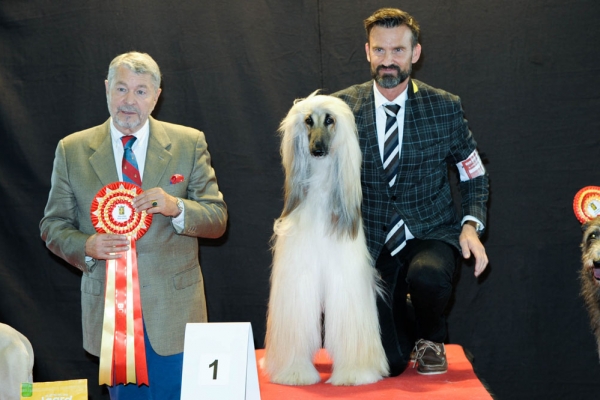