Updated Shows
*For a small fee to cover our administrative costs you can have access to the member’s area where you can read the latest news from shows around the world.  Learn More
Saturday, 14 December 2019 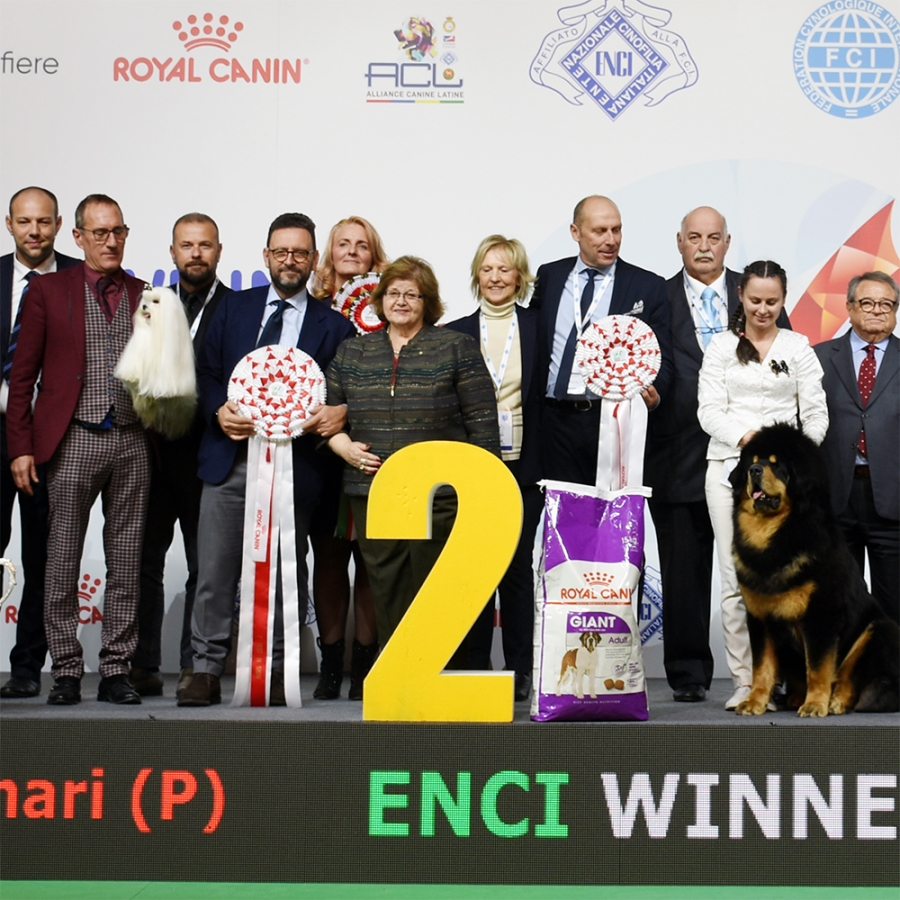 Mrs. Carla Molinari judged the final of the ENCI Winner Show this year. The BIS winner of the greatest Italian show of the year was the Maltese

The greatest show event of Italy 2019 was the 3 days long ENCI WINNER show, now held in Verona, on 13-15 of Dec. The ECNI winner is a „Very Important Show”, started 2 years ago, in the first 2 years hold in Milan, in June, now in Verona in December. The Italian Kennel Club wants to develop  this show for the most important show of Italy, first I were in Milan, but later, the show will walk around Italy, held every year in another city, now in Verona. The show area were in 3 halls of the Verona Intl Fiera, 2 halls were for the breed judging rings, one hall for the trade stands and main ring. After the successful 2015 WDS, starting is officially a candidate for the organization of the World Dog Show 2025.

Friday was Verona Intl.  Show, there were 2300 entries, Saturday on the first day of the ENCI WINNER were the 3,6,7,8,10 Groups, Sunday the 1 2  4 5 9 Groups, on the 2 days with 3010 entries. Saturday and Sunday for the dogs, who were not on the ENCI WINNER were held specialities, so the all dogs were judged 3 times on the weekend. All 3 days was Crufts qualification show, too.

This show was and extraordinary opportunity to get the Italian Champion title. Usual for this need 6 CAC winning title (what is only one each breed each sexes per show), and minimum 2 out of them need to collect on International show, min 2 on speciality organised by the breed club (yearly club show or speciality), and min 1 from any National show. Now, on this weekend only, if a dog won 3 CAC (Friday on the Intl show Sat-Sun 1 Intl’s 1 Special’s) got the Italian Champion title. Also, were able to got Italian Veteran or Junior Champion too. This possibility makes this show very unique and hard to make its, because not only one foreign dog arrived for this opportunity.

The main ring was very showing, as usual in Italy, same size as in the previous year, was oval, over the podium a great of LCD panels, all time used, the podium vas only 2 steps high, there were a lot of different lights in the main ring;  lights, spotlights, colours, combined played, with the lights and music. There was a live streaming of the cameras, what was able on the big screens in the main ring. And was a big screen for the results, just 1 second after the placing of the judge was show the result on the screen already.

The Italian Kennel Club prepared this show a lot, not just with a good place and good judge list, but with more media publishing, more dog sports presentation or competition, and the Farmina’s Top Dog competition ( I do not know the reason why the main sponsor Royal Canin allowed an another company’s event to this show).  The catalogue (since 2018) was online only, not printed, a good idea, 99% of the catalogues will be thrown away the next day.

The  5000 dogs did not fulfilled the halls, there were enough spaces for the rings, for the exhibitors, trade stands, presentation ring, means everybody. The show halls were big enough, but did not let the exhibitors take down their crates everywhere, between the rings were signed the walking and packaging places by the colour tapes on the ground, and the exhibitors mostly kept it.

The best showing part was the decoration of the main ring and ENCI stands, the installation was built from old dog show photos, with a huge and colour ENCI letters, make such a fancy background for selfies or normal photos.

Beside the show, were the presentation of dog dancing, search and rescue dogs, dog frisbee, and the Italian Championship of agility, too.

But the main sponsor was the Royal Canin, the other dog food manufacturer, the Farmina sponsored the Top Dog competition, Saturday with selection and pre-judging (in a separated ring) , and Sunday with the final in the main ring, in 2 categories, juniors and adults. The adult winner was Anna Albrigo’s (her own bred too) Sheltie, Ch. BLUE JEANS BOY DI SELVASPINA.

The BIS final judged Gioacchino Murante (I), who gave the BIS to the Bulldog, BIS 1 FAT PUPPYS REGAL, owned by RIBAS ANDREA (E), res BIS went to the Maltese: BIS 2 CINECITTA' ZERO MOSTEL, owned by PROSPERI FRANCO (I), and the 3rd to the Bedlington T: BIS 3 PLUMERIA'S SEVEN SEAS Bedlington Terrier, owned by VARCHI ALICE (I).

The BIS judged by  Carla Molinari (P), she gave the BIS to the Maltese, CINECITTA' ZERO MOSTEL, bred and owned by PROSPERI FRANCO (I), resBIS went to PETRO-PRESTIGE DZHIYA Do Khyi/Tibet Mastiff, owned by KASHIN A (RUS). The BIS 3 was CLAIRCREEK FARO DO ATLANTICO Portugal Water Dog , owned by  BRITO PEDRO MIGUEL SILVA (P).

Now, the first time of the ENCI WINNER BIS was Italian, fully deserved, at the moment we do not know, where will be the next ENCI WINNER, but I am sure, I go this is a real top show of Italy. 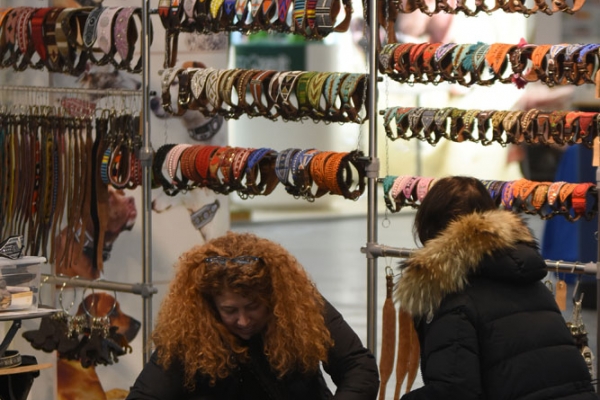 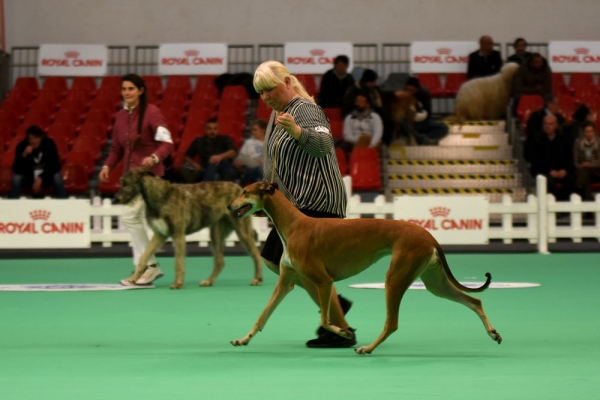 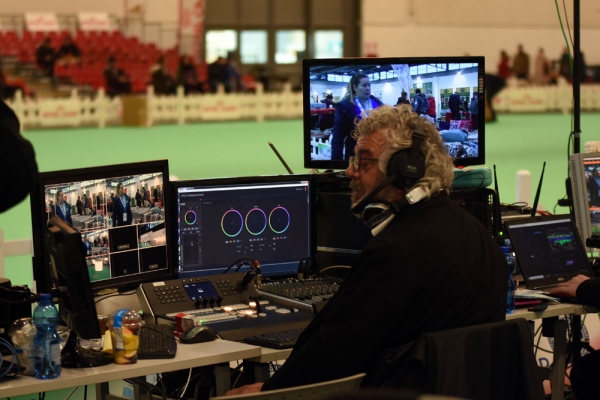 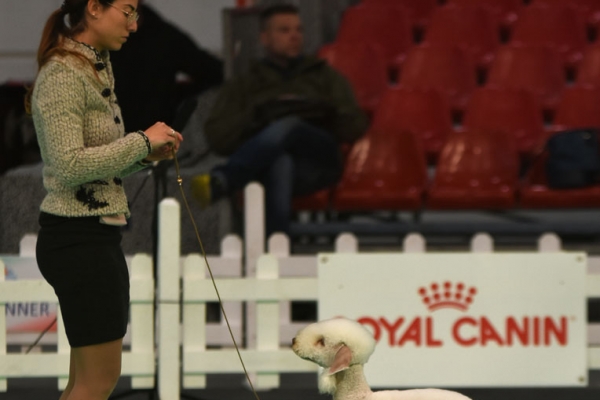 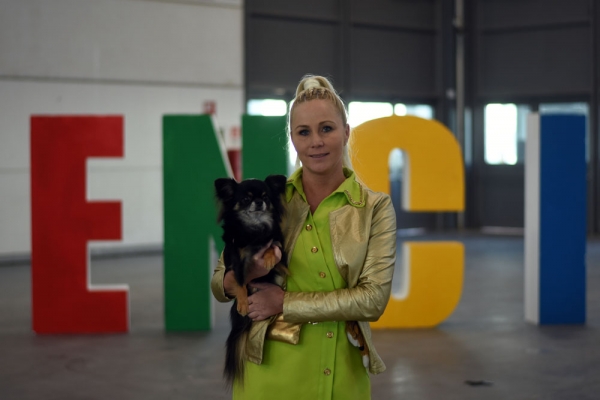 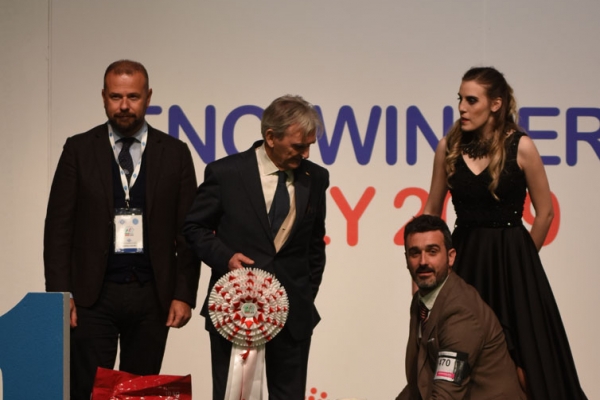 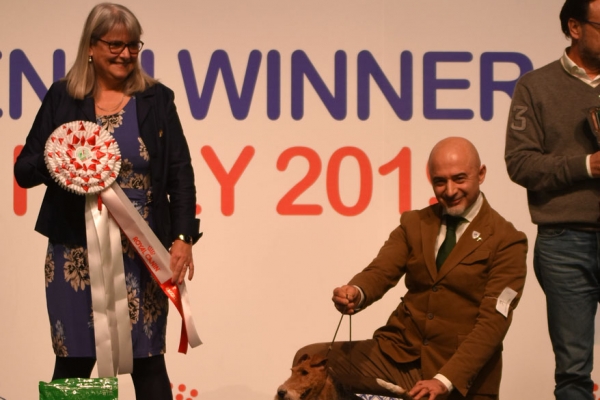 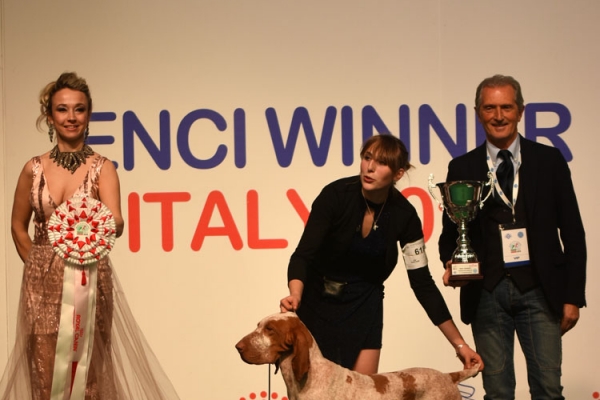 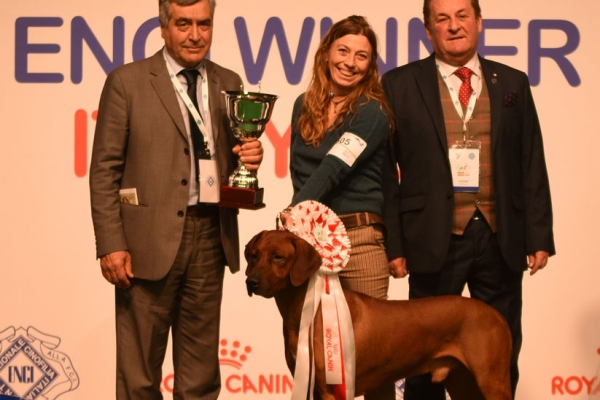 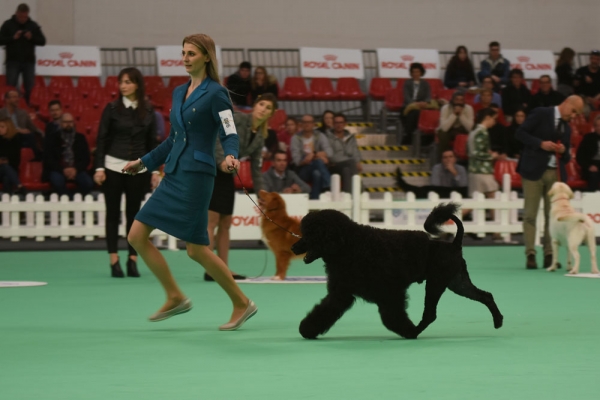 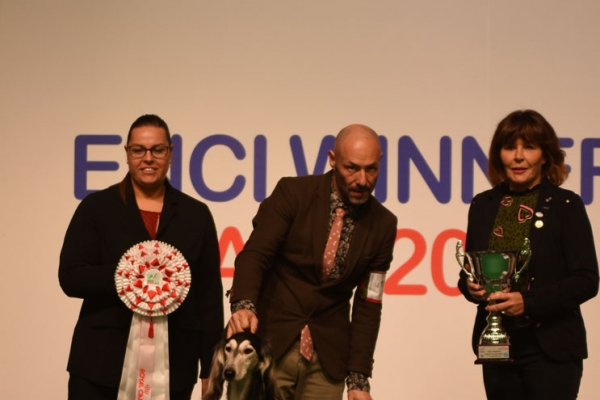 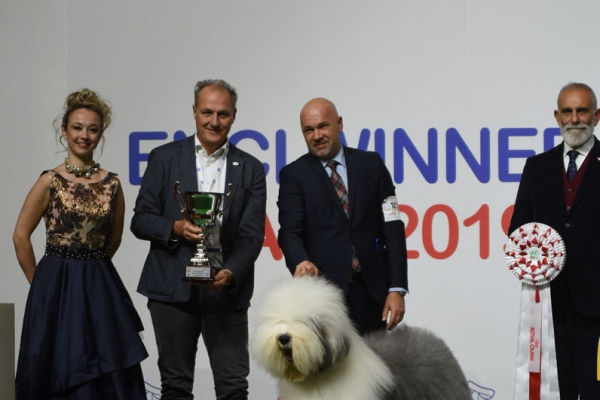 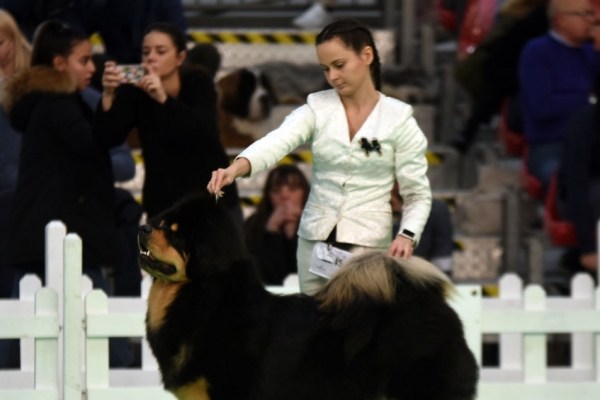 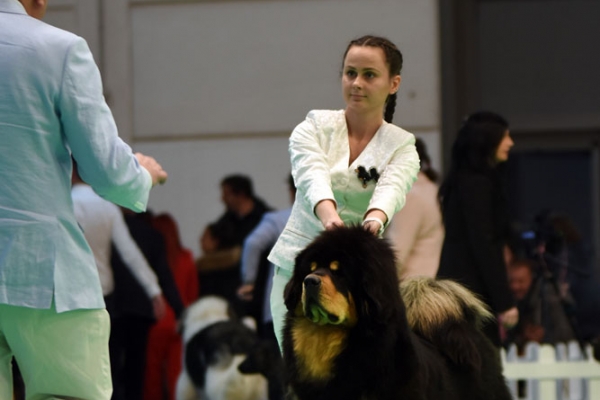 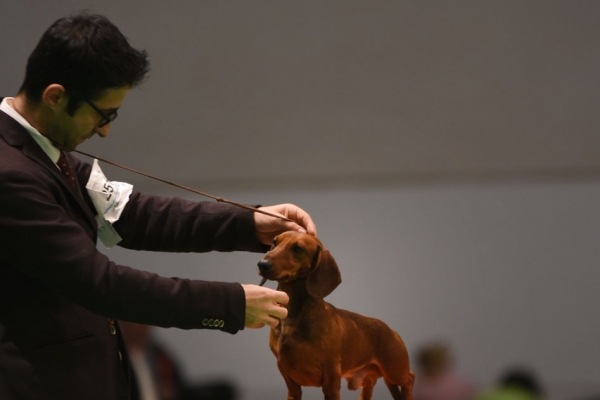 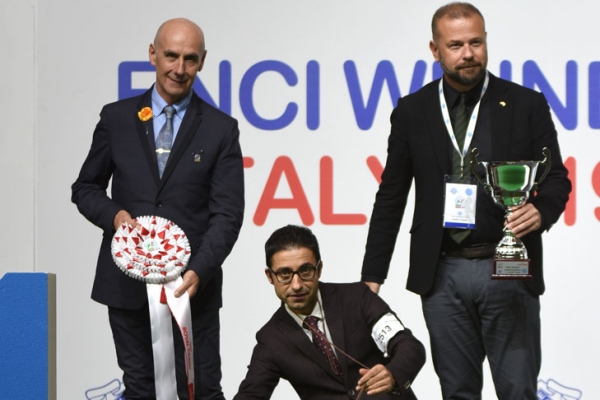 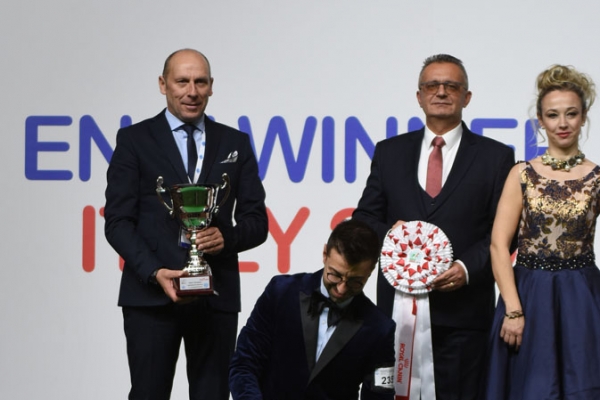 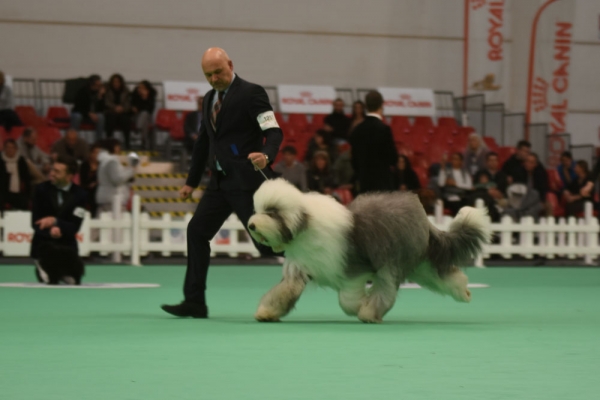 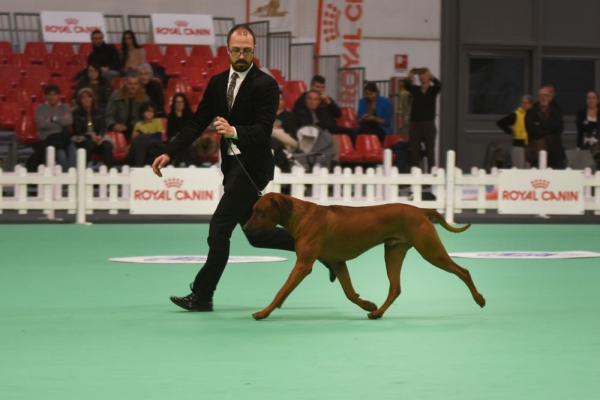 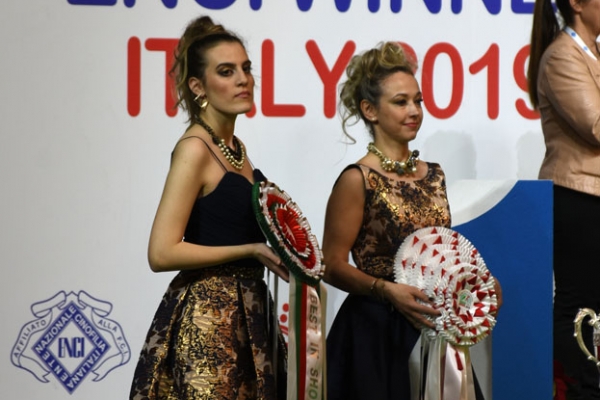 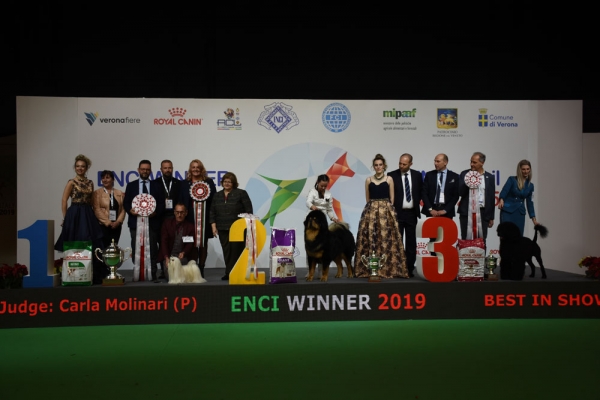 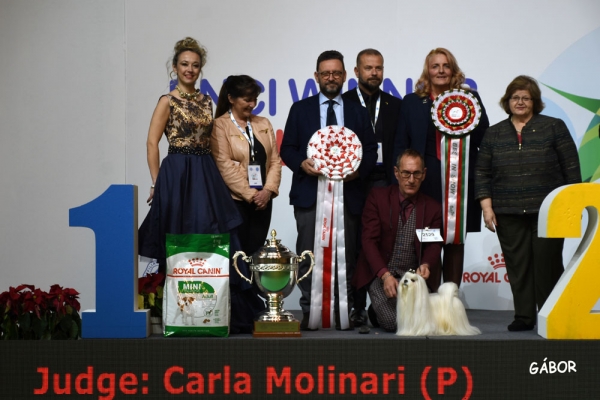 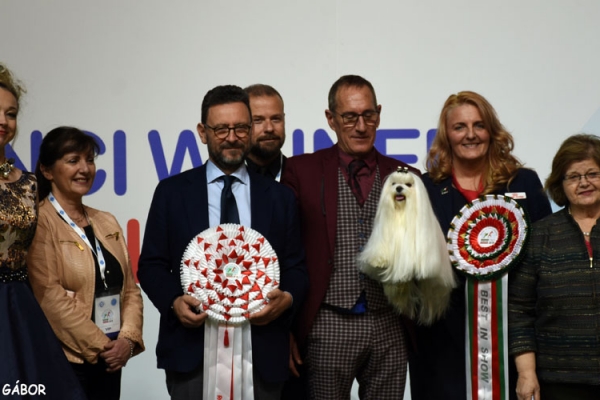 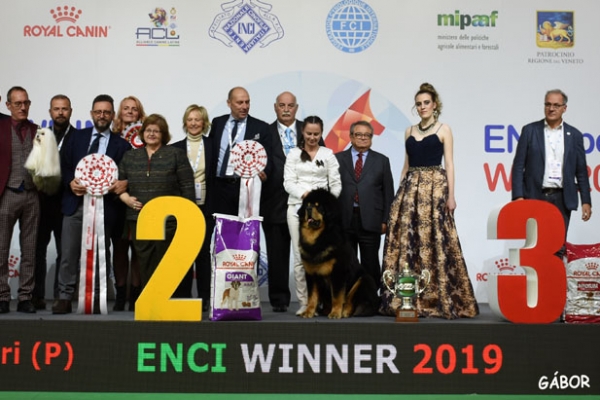 Read 983 times Last modified on Wednesday, 19 February 2020
Published in Italy
More in this category: « Roma Winner 2019
back to top